Directions:
Granite Basin Road off of Iron Springs Road just west of Prescott.
The picture doesn’t show it this way but it sits back off the road just a little bit and is at an angle.

Historical Significance:
General George Crook Chapter NSDAR solicited a penny per pine from conservation-minded citizens to purchase 2,000 pine seedlings for re‑forestation.  A redwood marker was placed by the Forest Service to mark the spot. Two acres were planted as part of the DAR Golden Jubilee celebration. This project was written up in the DAR Magazine and National Geographic Magazine. Nearly all 50 states have a Penny Pine forest.

From the National website:
In 1939, the President General, Sarah Corbin Robert, chose the Penny Pine program as one of her Golden Jubilee National Projects. Each state was to have a memorial forest, beginning in 1939 and culminating in 1941 on the NSDAR 50th Anniversary. Each chapter across the country was to pledge, at the very least, one acre of pine seedlings. Five dollars an acre at a penny each equals 500 trees. The Civilian Conservation Corp (CCC), under the supervision of the U.S. Forestry Service, did the actual work of planting and care.
​
Link:
DAR Daughters of the American Revolution - Forests 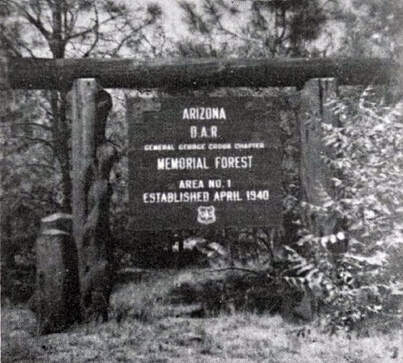 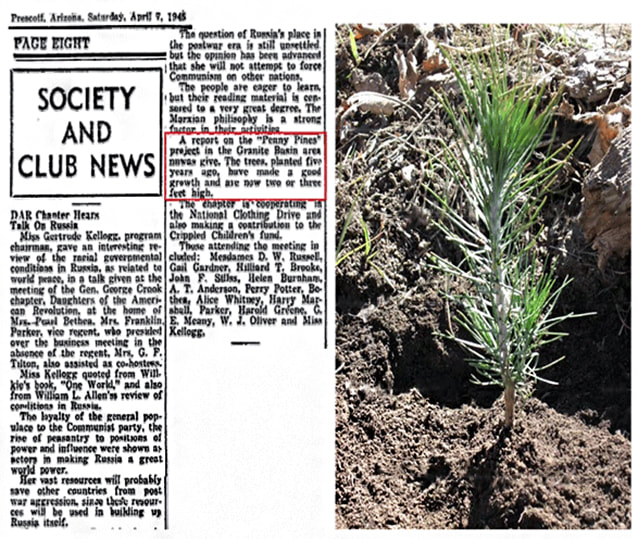