Arizona Bell for the Carillon
​at Valley Forge, Pennsylvania

Marker:
Arizona Bell for the Carillon at Valley Forge, Pennsylvania

Historical Significance:
The National Patriots Bell Tower was a gift of the National Society Daughters of the American Revolution and completed in 1953. The Carillon of 58 tuned bronze bells represent all states and U. S. territories and ranks as one of the world's largest. The bells weigh 26 tons in total, and from the largest bell of 8,000 pounds to the smallest bell of 13 1/2 pounds, they cover a range of nearly five octaves.

The Washington Memorial National Carillon was developed from the Star-Spangled Banner National Peace Chime consisting of fourteen bells with one bell for each of the thirteen colonies plus the “National Birthday” Bell. This Star-Spangled Banner National chime was dedicated on July 4, 1926, in commemoration of 150 years of American independence. The chime had been intended only as the initial step in securing enough bells for a National Carillon, and fourteen more bells were added in the late 1920s and 1930s. The lower 28 bells were cast by the Meneely Bell Foundry of Watervliet, New York.

Pennsylvania State Society Regent Elizabeth Ayres Tompkins established the Washington Memorial Committee in 1941 to raise funds and complete the carillon. These funds were dedicated to building a new tower. The actual construction of the new Washington Memorial National Bell Tower started in 1941, but had to be suspended during World War II.

The DAR undertook not only the construction of the tower but also included: an Honor Roll for all Revolutionary War Soldiers, (one open to all men and women serving in World Wars I and II),  and several special memorials such as the State Seal of Pennsylvania on the keystone and DAR windows. In 1950, the construction of the new tower was resumed and took three years to complete.

The tower and carillon were dedicated on April 18, 1953. The ceremony was followed by the Dedicatory Recital performed by the first carillonneur, Frank Péchin Law. The first musical composition played on the carillon was the national anthem.

A full‑size replica of Liberty Bell is in National Memorial Patriots Bell Tower. It traveled Pennsylvania from
1915 to 1920 to support the Women’s Suffrage Movement.

The cornerstone inscription reads:
This Tower is dedicated by the National Society, Daughters of the American Revolution, to those patriots of the Revolutionary War whose faith and courage won and established American Freedom, and to those heroes of World Wars I and II who defended and preserved that blessed heritage. 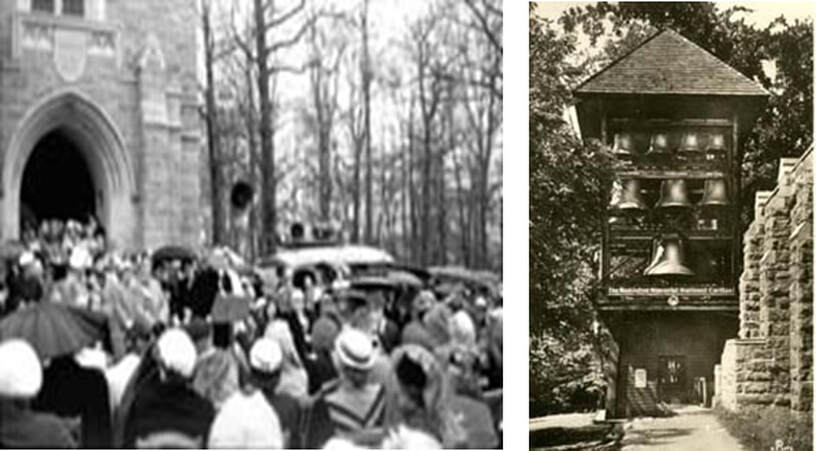 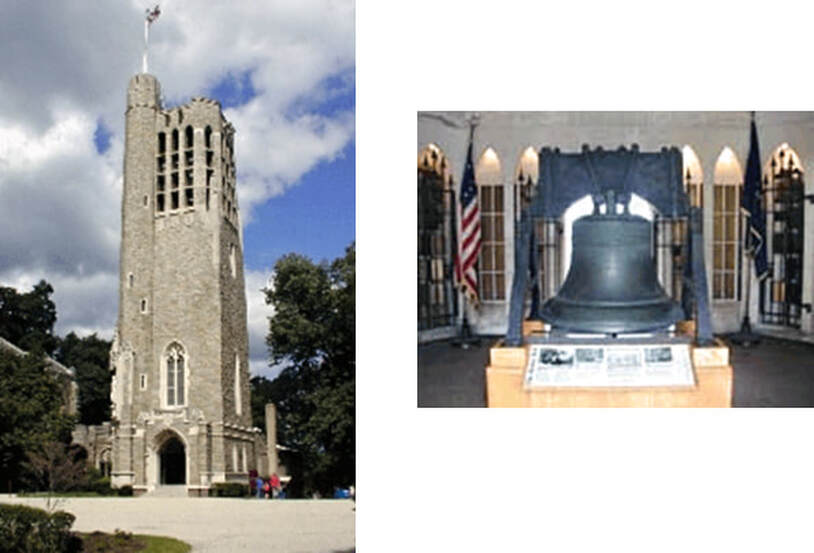