Directions:
Across from Fulton Elementary School on S. Iowa Street

Historical Significance:
The marker represents the beginning of commercial cotton growing in Arizona. In January 1917, during World War I, the Goodyear Tire & Rubber Company of Akron, Ohio, founded the Southwest Cotton Company to begin producing long-staple Pima cotton initially for airplane tires and then for domestic and military use.

People came from across the United States and Mexico to start a new life in the cotton fields which led to the founding of Goodyear, Arizona. Migrant workers and their labor laid the agricultural foundation of the East Valley. Pima cotton is still available today as a luxury fiber.

Located behind the marker is the Goodyear Cemetery (formerly the Goodyear-Ocotillo Cemetery), an abandoned  cemetery within the Fulton Home subdivision, which has been preserved by community groups. 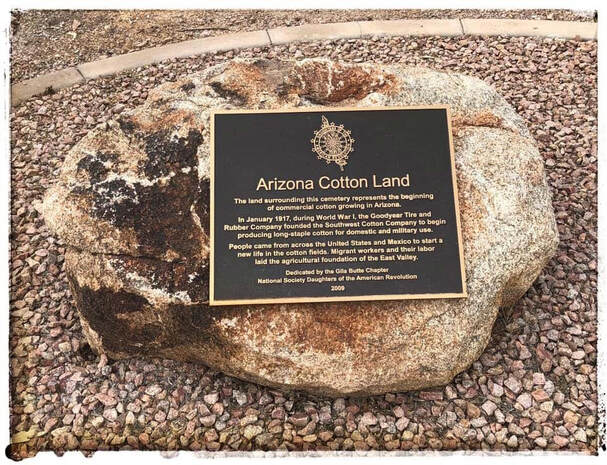