Historical Significance:
“We are now friends with England and with all mankind” was written by Benjamin Franklin, the American Peace Commissioner in Paris, following the signing of the peace treaty to end the American Revolution, September 1783.

Lake Havasu City originated during WWII as “Site Six” rest camp for the Army Air Corps on the shores of Lake Havasu. Lake Havasu City was a young city, being established in September 1963 after Robert McCulloch bought 3,000+ acres and another 13,000 federally owned acres to begin a retirement city. He bought the London Bridge in 1968 from the City of London for $2.46 million and had it reassembled for another $7 million. It was sinking into the Thames under modern traffic. He felt that the London Bridge would bring tourists to his city and it certainly did! It is Arizona’s second biggest tourist attraction, second only to the Grand Canyon.

The bridge was built in 1838 and moved to Lake Havasu City in 1971. A Loving Cup is shared each October at the “Quit Rent Ceremony” as a symbol of historic ties and the pledge of the continuing friendship between London and Lake Havasu City. Arizona’s important waterway, the Colorado River, now flows beneath the bridge instead of the Thames River.

The historic marker was originally placed in the English Village near the London Bridge but later moved to its new location on the upper level, just northeast of the bridge.​ 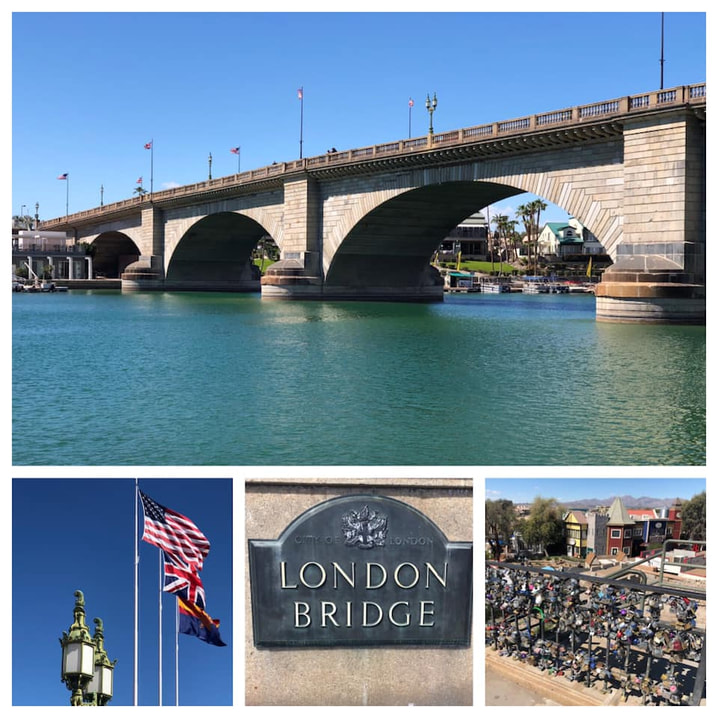