Marker:
Historical plaque at the site of Empire Flat Landing on the Colorado River

Historical Significance:
Empire Flat was a steamboat landing located on the lower Colorado River. It served the area mines near Parker beginning when Arizona was still a territory and fostered transportation and development.

The use of Empire Flat as a landing began in 1861 when gold was discovered in the area. The resulting gold rush created the need for reliable transportation of ore from the mines to smelters in San Francisco. Empire Flat was considered an ideal landing site, as it had a gradual beachfront entrance for mooring and was easily accessible for loading and unloading cargo. It was an important part of the development of the river, as boats took out ore and brought in supplies, food, mail, equipment, miners and settlers.

The site was in operation until the 1930s. By then, the building of dams on the Colorado River meant it could no longer be used as a transportation corridor. 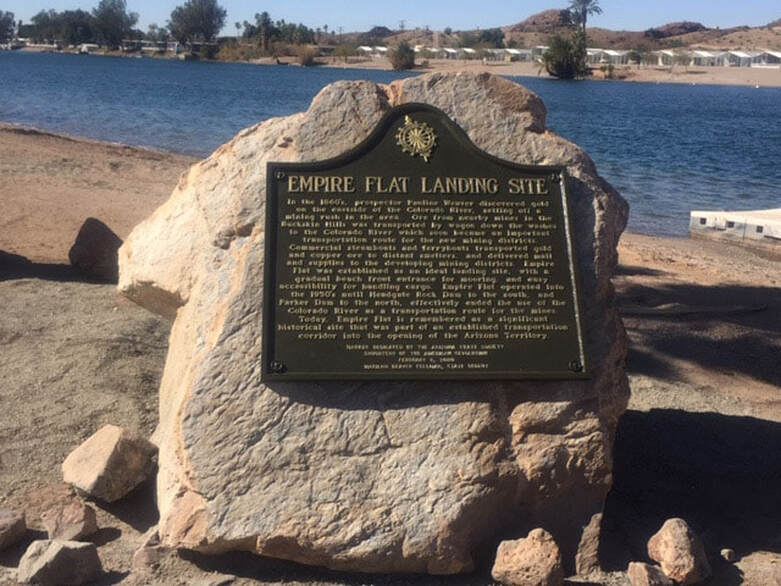