Historical Significance:
On April 19, 1902, under the shade of towering palm trees, a “little party congregated for a patriotic service,” and the Arizona Society of DAR was chartered. That day was to be only the beginning of many years of service to the community and future state of Arizona by DAR. The charter was a long process that began when Arizona was a territory, and Eliza Blakeley Graham Price (later Ainsworth) was appointed February 1900 as State Regent of the Arizona Society of DAR. Through her tireless efforts, and with the assistance of Henrietta Hubbard Talbot, the first chapter in the Arizona Territory organized February 16, 1901, and became Maricopa Chapter, NSDAR.​
​
This 1998-2000 State Regent’s Project was completed for Eliza Ainsworth’s grave. Members of the Jasper Chapter, NSDAR, of Newberry, South Carolina, were in attendance. 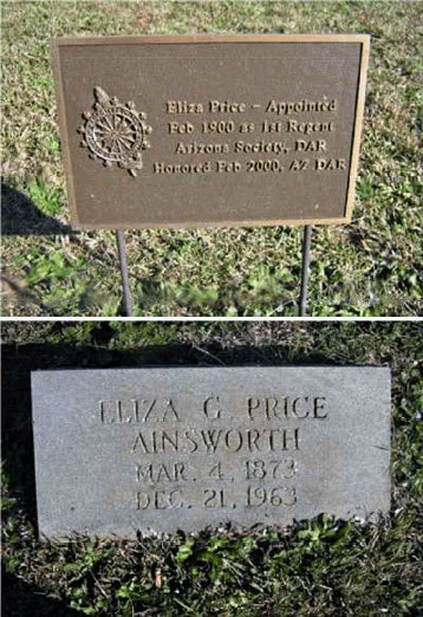