Location:
625 N. Galvin Parkway
Phoenix, Maricopa County, Arizona​
33.451777, -111.944375
​
Directions:
The address takes you to the zoo. Then continue around to the left toward the red rocks of Papago Park. Follow the signs up the hill to Hunt’s Tomb. It’s a short walk uphill to the tomb.​

Historical Significance:
Arizona’s Governor George Wiley Paul Hunt (November 1, 1859 – December 24, 1934) and family members are buried in this white pyramid tomb. The tomb sits on a hill and has a 360-degree view of the area, including Papago Park and the Phoenix Zoo. Governor Hunt is a descendant of Revolutionary War patriot John Christian. After Arizona achieved statehood in 1912, Governor Hunt supported women’s right to vote.
​
In 2008, Governor George W. P. Hunt Chapter, NSDAR, partnered with the U.S. Department of the Interior to have this site listed on the National Register of Historic Places. In addition, the chapter placed two benches, each with a marker.​ 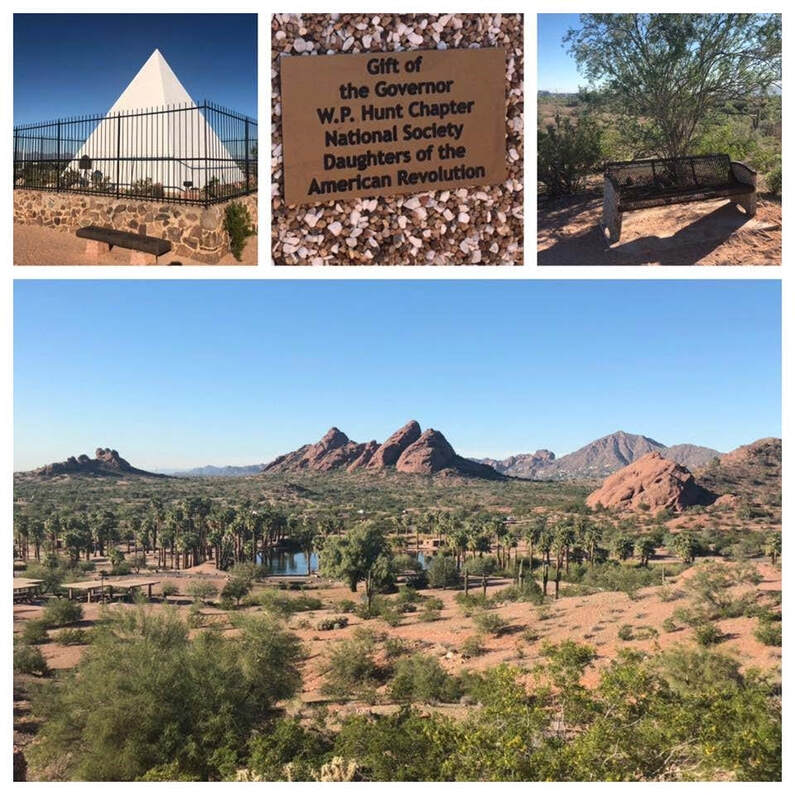