Note:
The marker is missing. The bridge was demolished and replaced in 2016. The marker reportedly was moved to the Old Trails Museum in Winslow, but in March 2019 members of the Maricopa Chapter verified with museum managers that the marker is not there.

Historical Significance:
The Historic 35th Parallel marker remembered the explorers who followed the path of the 35th parallel across northern Arizona. This route has been journeyed by Indians, missionaries, trappers, and military men.
​
Captain Lorenzo Sitgreaves completed a U.S. Army survey in 1851.  In 1854, Lieutenant A.W. Whipple made a topographical survey for a railroad to the Pacific.  Lieutenant Beale and his camel corps explored for a wagon road route for the Santa Fe Railroad in 1857.
​
Hell Canyon Bridge was a large‑scale steel truss bridge built in 1954 to span this historically important transportation route north of Prescott. 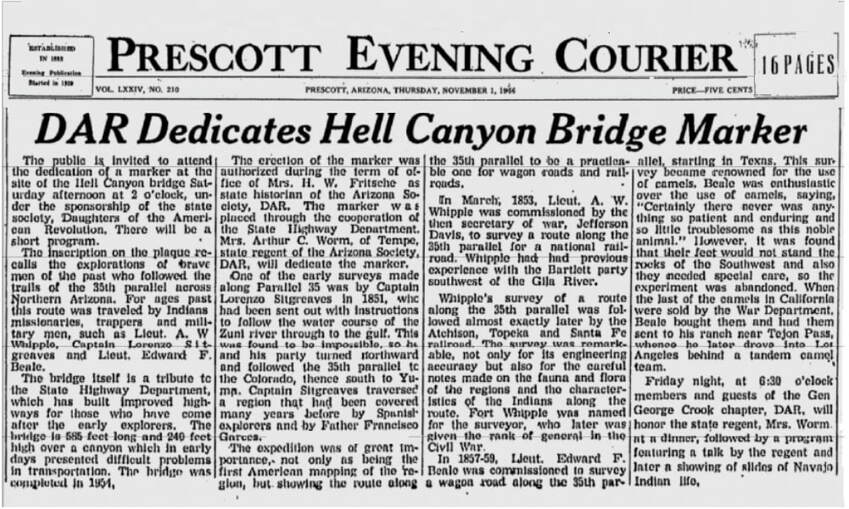