Historical Significance:
All military posts in the Southwest traced their lifelines to the Yuma Quartermaster Depot. The U.S. Army’s warehouses held six-month supplies for forts in Arizona, Nevada, Utah, New Mexico, and Texas.

Boats brought supplies to the Gulf of California where they were loaded onto steamboats for the trip upriver to Yuma. Supplies were then shipped from Yuma up the Colorado River or overland by the 20‑mule‑team wagons of Western lore.

The railroad brought a decrease of need to the Depot’s supply role, and the Army closed the Depot in 1883. The site housed a telegraph/weather station and customs office. It then evolved into the first home of the Bureau of Reclamation (U.S. Reclamation Service) and the Yuma County Water Users Association.

This Customs building, along with others in the area park, have been restored and opened to the public as the Yuma Crossing State Park and Living History Museum. The park is operated through an intergovernmental agreement with the City of Yuma and managed by the Yuma Crossing National Heritage Association. 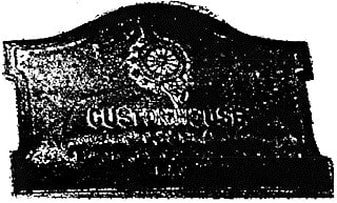